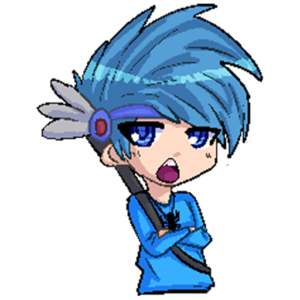 Guide to the new SimpleSpy API

SimpleSpy:ValueToVar(<any> value[, <string> name]) <string>
This is designed to convert any value into a variable, with the 2nd argument being the (optional) name of the variable.

SimpleSpy:TableToVars(<table> t) <string>
This is designed to convert each individual index of a table of values into variables, with the (optional) index being the variable name.

SimpleSpy:ValueToString(<any> value) <string>
This method can be used to quickly generate a string from a given value. This isn’t recommended to be used with tables (though it does support them), since this will not generate the value as a variable.

SimpleSpy:ArgsToString(<string> method, <table> args) <string>
This method is designed largely for internal use, but it can be used to generate SimpleSpy’s iconic R2S scripts.

SimpleSpy:GetFunctionInfo(<function> f) <string>
This is used internally to generate a table of function info (basically debug.getinfo and debug.getconstants). Might be handy to use w/ getgc().

SimpleSpy:HookRemote(<Instance> remote, <function> f)
This will directly hook any remote calls, you must return arguments as a table.
DEMO (youtube video)

SimpleSpy:GetRemoteFiredSignal(<Instance> remote) <ScriptSignal>
This will return a (functionally equivalent) ScriptSignal you can connect to remote calls with. See Roblox documentation for more info.
DEMO (youtube video)

Q: Who made SimpleSpy?
A: Hi, me, exx. Just me, I wrote the entire remote spy completely from scratch.
Q: Can I modify the source?
A: Absolutely, SimpleSpy is open source, the GitHub is right here: https://github.com/exxtremestuffs/SimpleSpySource, I just ask that you give credit where credit is due.

Q: Are you OK with me using generated scripts?
A: Absolutely. I wouldn’t recommend directly copy-pasting generated scripts into your own, as they’re more to provide a visual, but I spent a lot of time on that serializer for a reason. You certainly don’t have to give credit if you used SimpleSpy to make a script, but I always appreciate a tip of the ol’ hat.

Q: What’s the deal with version 1 still receiving some support?
A: Lotta people liked that UI and don’t want to switch. The back-end is very similar since I had already ported all the major improvements to the V1 UI a while back, so I’m able to easily adapt updates to V2 to V1. To be clear though: two different sources.

Q: Why is your UI so trash?
A: Honestly idk, you just can’t make a UI that pleases everyone. I just tried to go for something unique since I wanted the remote spy to have an original feel (because it is 100% from scratch).

Q: Where can I contact you directly?
A: The discord, it may look a little on the dead side, but I promise, I do actively check it.

Warning: DO NOT DOWNLOAD anything from this page, you’re only here to copy the script or Get it from Pastebin!

What is arponag.xyz? arponag.xyz is a website focused on releasing safe exploits, we only release the best and most trusted exploits on our website, guaranteed to satisfy you. Contact us [email protected]

Is this safe to use? Everything on the website has been scanned and tested by professionals and the community, we only release the best exploits for our users, so we make sure that our exploits won’t harm your devices, everything here is clean.